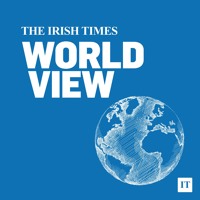 World View - The Foreign Affairs Podcast
Just as Theresa May prepares to pull the trigger on Article 50 and start Britain's departure from the EU, Scotland’s first minister has thrown a spanner in the works with plans for a second referendum on Scottish independence.

Denis Staunton reports from London, where the Brexit stakes have been raised by Nicola Sturgeon who will next week ask the Scottish parliament to get behind #IndyRef2.

Also on this week's podcast, our Berlin correspondent Derek Scally has the latest on the growing row over the Turkish government's attempts to hold rallies in European countries.

World View - The Foreign Affairs Podcast .
The track duration is 52:30.
The soundcloud track was commented times and was played times, with favorites.