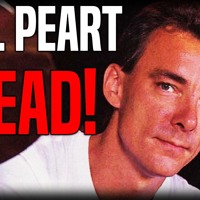 Stefan Molyneux
"Neil Peart, the virtuoso drummer and lyricist for Rush, died Tuesday, January 7th, in Santa Monica, California, at age 67, according to Elliot Mintz, a family spokesperson. The cause was brain cancer, which Peart had been quietly battling for three-and-a-half years.

"In a statement released Friday afternoon, Lee and Lifeson called Peart their “friend, soul brother and bandmate over 45 years,” and said he had been “incredibly brave” in his battle with glioblastoma, an aggressive form of brain cancer. “We ask that friends, fans, and media alike understandably respect the family’s need for privacy and peace at this extremely painful and difficult time,” Lee and Lifeson wrote.

“Neil is the most air-drummed-to drummer of all time,” former Police drummer Stewart Copeland told Rolling Stone in 2015. “Neil pushes that band, which has a lot of musicality, a lot of ideas crammed into every eight bars — but he keeps the throb, which is the important thing. And he can do that while doing all kinds of cool shit.”

"Rush finished their final tour in 2015; Peart was done with the road. He questioned his continuing physical capacity to play his demanding parts, and was eager to spend more time with his wife, Carrie Nuttal, and daughter Olivia.

"Peart joined Rush just after the recording of their first album, replacing original drummer John Rutsey. His breakthrough with the band came with 1976’s 2112 – the first side of the album was a rock opera set in that far future year, combining Peart’s sci-fi vision and Rand-ian ideology (which he later disavowed, calling himself a “bleeding-heart libertarian”) with explosive prog theatrics. A later milestone came with the 1982 “Subdivisions,” an autobiographical tale of suburban misery. “A lot of the early fantasy stuff was just for fun,” Peart told Rolling Stone. “Because I didn’t believe yet that I could put something real into a song. ‘Subdivisions’ happened to be an anthem for a lot of people who grew up under those circumstances, and from then on, I realized what I most wanted to put in a song was human experience.”

"The only hint that Peart, who also wrote books, was battling any physical ailments came in Rush’s 2016 documentary, Time Stand Still, when it was revealed that he was in enormous physical pain through much of the last tour, including an agonizing foot infection.

"On August 10th, 1997, Peart’s 19-year-old daughter, Selena, died in a single-car accident on the long drive to her university in Toronto. Five months later, Selena’s mother – Peart’s common-law wife of 23 years, Jackie Taylor – was diagnosed with terminal cancer, quickly succumbing. Shattered, Peart told his bandmates to consider him retired, and embarked on a solitary motorcycle trip across the United States. He remarried in 2000, and found his way back to Rush by 2001.

Your support is essential to Freedomain, which is 100% funded by viewers like you. Please support the show by making a one time donation or signing up for a monthly recurring donation at: http://www.freedomain.com/donate

Stefan Molyneux .
The track duration is 15:47.
The soundcloud track was commented 3 times and was played 974 times, with 10 favorites.