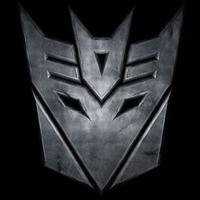 Sonical1
So, a Transformers themed mix as part one of a two part set (Part two to come at a later date) I've tried to capture the drama of an invasion and hope the track selection reflects this. A dramatic opening plateaus into a false dawn of serenity, before progressively getting darker.

I dedicate both part one and two to two wonderful human beings that havw sadly lost their lives this year. David, a young man that took his own life after a constant battle against his own demons, and more recently, Liam, This special little man was an angel before he came to Earth, whilst on it saved his Nan's life when he was five, filled everyone with joy with his charm and charisma, and was just setting out on his dream of becoming a Youtube gamer.

Sadly, little Liam lost his life suddenly last weekend at the tender age of seven years old. Liam, you will always be a brilliant bright star shining in the sky after returning to the heavens to fly with your fellow angels.

Sonical1 .
The track duration is 42:32.
The soundcloud track was commented 0 times and was played 33 times, with 1 favorites.