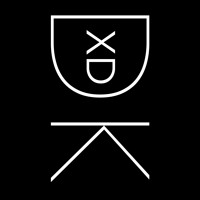 Elena Comas (NELEONARD) and Anna Fredriksson (LOS GANGLIOS) aka DIE KATAPULT have written their first full length “DKXD”. It is a digital, mechanised world, entrenched in an inconsistent and disconcerting idiosyncrasy, which they have used with an extremely intelligent mix of surrealism, dadaism, humour and cheekiness.

To the beat of Google Translator, they propose a sonic journey around Europe in every sense possible: linguistically (they sing in German, French, English, Spanish, Italian, Swedish, and even Japanese), musically (the influences coming through belong to all the pop traditions of the old continent: LIO, DAFT PUNK, the already mentioned KRAFTWERK, AVIADOR DRO, TELEX, LADYTRON, Franco Battiato…).

To achieve all of this, they have had the help of none other than Ian Catt (SAINT ETIENNE, TREMBLING BLUE STARS, THE FIELD MICE, SHAMPOO, THE SCHOOL…) on production.

“Autokrack” is pure electro-martial, making an army of linguistic pirouettes with the auto prefix.

“Mallorca Pop” throws you off balance. Irony with a bass in the style of NEW ORDER.

“Come To My Island” is based on a German board game to the beat of a vocoder, that Moroder would definitely have loved to play.

"Fiesta De Presión” is a user manual to develop a way to achieve an optimal level of alcoholism.

How many times have you been at a party and thought: “what am I doing here?” DIE KATAPULT tell us on “Was Machst Du”, a kind of techno ye-ye song.

“Bäckerei Digital” opens the second side and is also the advance single for the album, or a marvellous line of bakery products, baked by a digital baker with 3D printing.

“Bouts De Papier” oozes europop from every single pore. Étienne Daho would kill for those papers, which are the only remains of a lost love.

“Sommer In Russland”, or what a summer in a soviet country with only the help of a “Lonely Planet” would be like. We invite Marc Almond to join us.

“Abhängigkeit” brings the best of disco music out to shine, to talk about dependence, as if METRONOMY, SOULWAX and KAVINSKY were paying homage to STEREO TOTAL.

And to wrap things up, “Für Einen Moment” talks about a curious phenomenon, about alcohol consumption going way up in July and August because of the higher temperatures resulting from climate change.

What Elena Comas and Anna Fredriksson have done is a unique, hilarious and reflexive exercise in attitude. Enjoy them - they are one of a kind.

Elefant UK .
The track duration is 47:50.
The Soundcloud track is not commentable and was played times.